DOCTORS MAY THINK THEY’RE GOD, BUT DOES GOD THINK HE’S A DOCTOR?

Back in the days when my skin fit better  When I was about 45 or 50, my gynecologist retired & I had to find a new one.  I had made a note on the new patient form I filled out saying I preferred being called “Fran” to “Frances.”  He brought me into his office & was looking over my papers.  He said, “I see you’d rather be called Fran.”  I told him that was right & asked him if he preferred to be called “Bob” or “Robert”.  He looked at me as if he had never had a patient ask him that before, then he smiled & told me, “Robert”.  I figured that with the particular parts of me that he would be checking, we should probably be on a first-name basis. 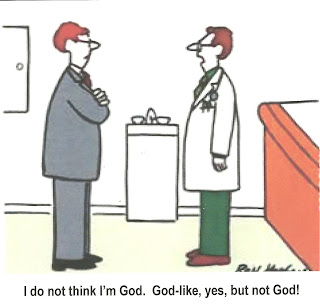 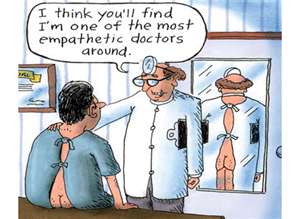 Are they required to surrender their sense of humor in exchange for their medical school diploma?  I was at a doctor’s office, waiting in one of the operatories, when he & his nurse came in.  They told me they had an emergency & that it would be a little while before they could treat me.  They asked me if they could get me anything while I was waiting.  I told them a margarita would be nice.  No reaction whatsoever!  I wonder why they even asked?


My friend, Barbara, fell down the stairs two weeks ago.  Only two stairs, but she managed to SHATTER her kneecap—I guess she figured that something worth doing is worth doing well!  She had surgery that evening & the next day her surgeon examined her & told her to see him in two weeks.  She made an appointment.  She’s currently in a rehab center & confined to bed.  She called her surgeon’s office about the appointment & was told that he couldn’t see her then—he was getting married.  Barb asked the receptionist if the doctor was getting married, how come he didn’t know that a couple of weeks in advance?  She said, “It must be a rush marriage!  Is he pregnant?”  Not even a snicker from the receptionist.


This may have been her surgeon: 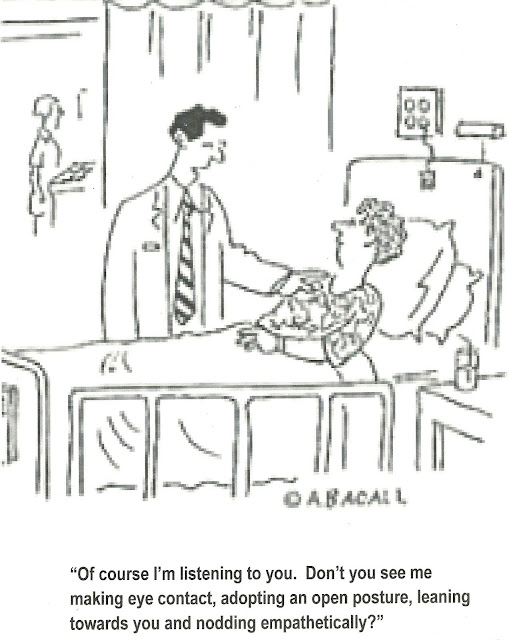 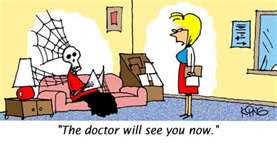 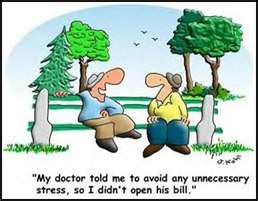 Here’s a list that was taken stolen borrowed from the net (fortogden.com):
Things You Don’t Want to Hear in Surgery
--Well folks, this will be an experiment for all of us.
--Oops! Hey, has anyone ever survived 500 ml of this stuff before?
--Nurse, did this patient sign the organ donation card?
--Ya' know...there's big money in kidneys...and this guy's got two of 'em.
--Wait a minute, if this is his spleen, then what's that?
--Oh no! I just lost my Rolex.
--Damn! There go the lights again...
--What's this doing here?
--That's cool! Now can you make his leg twitch?!
--Bo! Bo! Come back with that! Bad Dog!
--Sterile, schemerle. The floor's clean, right?
--What do you mean he wasn't in for a sex change?
--OK, now take a picture from this angle. This is truly a freak of nature.
--This patient has already had some kids, am I correct?
--Isn't this the guy with the really lousy insurance?
--Don't worry.  I think it’s sharp enough.
--Better save that. We'll need it for the autopsy.

And one more “funny” for the road:
If this link isn't working, go to


www.youtube.com/watch?v=UQqXESf5wJc
It's Tim Conway as the old doctor with Harvey Korman

See you next week, unless you’re at your doctor’s appointment----fishducky