How do you like my new background?  Candiss West designed it for me.  No way could it be mistaken for anyone else's blog but mine!  Do you think I should keep all the little fishduckies on the sides?  I didn't realize there would be so many!!

Some pre-post notes: We returned home Saturday from a 10 day vacation in Maui. The trip was marvelous but I managed to create a small problem for myself. I have difficulty walking distances so we rented a scooter chair (like you see on TV for the moderately decrepit) & while trying to negotiate a sharp turn I drove it into the wall with my foot wedged in between. I thought I had broken my foot--I didn't--but I gouged a rather large hole in it & it hurt!!!! My daughter-in-law is a physical therapist (I try never to travel without one) & she helped me a lot. This cartoon reminded me of me, except I didn't gain any weight.

Some of you have asked me for details on our trip. Our kids (& THEIR kids) went jet skiing, zip lining & parasailing. I didn't. The family took turns pushing me in a wheelchair & I still had a great time! My daughter feels very strongly about me posting our pictures but I'm sure she wouldn't object to this one in front of the aquarium. (I'm the fourth from the left & Bud is second from the right.) It may be just my opinion but I feel there's a strong family resemblance. 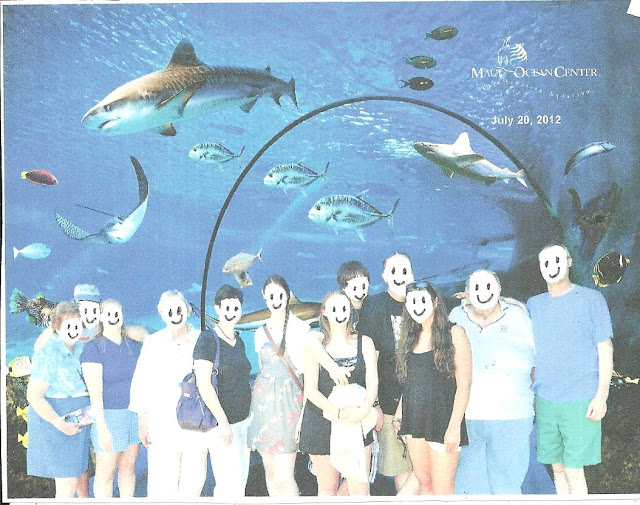 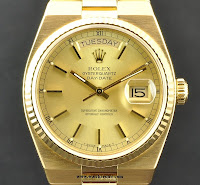 We didn’t get on TV with the car, but my daughter & Bud’s mother once made $100.00 with a submission of an announcement they sent to the Reader’s Digest’s “Life in These United States”.   My husband had lost a great deal of weight & we sent our friends an engraved formal announcement.  It stated: “Frances F----- is pleased to announce the loss of 100 pounds by her beloved husband, B. D. F-----.”  Reader’s Digest liked it.  Western Union, not so much.  Friends in Paris sent us a telegram which, by Western Union’s standards, couldn’t be read over the phone.  Maybe it was because it said, “Congratulations on the unexpected loss of your beloved.”  (Note: When someone tells me they recently lost their husband, I feel sorry for them, of course, but it‘s all I can do to keep from asking, “Well, think--where did you see him last?”)
My husband & my mother-in-law used to read the obituaries in the paper every day.  For a while I did, too.  You’ve heard that old joke, I suppose.  It goes, “First thing I do every morning is to look at the obits.  If my name’s not there, I get on with my day.”  One day I looked at the obits & my name WAS THERE—right down to the unusual “c” in our last name!  It was someone else, of course, but I don’t check the obits anymore.
Looking over what I’ve written, I’m amazed to see that I actually followed what might be considered a logical (for me, anyway) train of thought.  I may have been sidetracked at the end, but not so far away that you couldn’t see the train as it whizzed merrily by! 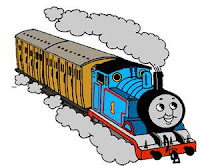 PS--I don't want to ignore the Olympics, so here's my contribution: