WILL BLOG FOR FOOD

I AM POSTING THIS AGAIN BECAUSE I THINK BLOGGER SCREWED IT UP ON WEDNESDAY!  MY FRIDAY POST WILL RUN AS USUAL.

I don't mean to sound bitter.  I know times are tough & there are many people who can't find work, no matter how hard they try.  They are forced to panhandle. THEY NEED YOUR GENEROSITY TO SURVIVE!  Unfortunately, human nature being what it is, there are others who could work but have decided to take advantage of our generosity & our gullibility, instead.  It can be very difficult, if not impossible to tell the difference.  I am wary when I hand a couple of bucks to someone on the street.

There was one time when I had no problem seeing through a scam.  I was sitting on a freeway off ramp, waiting for the signal to change so I could turn onto the boulevard.  There was a guy with a sign that said something like, "Hungry--please help--God bless".  The problem, as I saw it, was that he handed the sign to another guy & left.  I assumed his shift was over.  I didn't donate to either of them.

Here are a couple of other examples of non-needy panhandling:

Jose & Carlos are panhandling at the freeway off ramp.
Jose drives a Mercedes, lives in a mortgage free house & has a lot of money to spend.
Carlos brings in only two to three dollars a day.
He asks Jose how he can bring home a suitcase full of ten dollar bills every day.
Jose says, "Look at your sign.  It says, 'I have no work, a wife & 6 kids to support'.  Nobody cares."
Carlos looks at Jose's sign.  It says, "I only need another $10.00 to move back to Mexico."

A man came out of a convenience store the other day & some seedy looking guy walks up to him & holds up a little sign: "DEAF & MUTE  Can you spare $10?" WOW! $10!! What happened to a dollar or two?  So he reached into his pocket for his wallet, opened it, took out a folded piece of paper & handed it to him.  It said, "I can't read"--& he walked away.

Some others I would think twice before donating to:

This could have been one of the guys I saw:

These two deserve something for their ingenuity:

And it's not just people:

The light at the end of the tunnel has been turned off due to budget cuts.  Leave a comment, anyway----fishducky 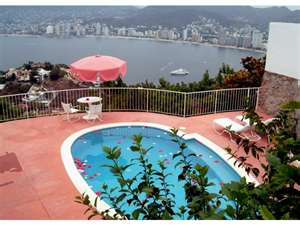