(I was going to call this OF MICE AND MEN, but John Steinbeck stole that title from me when I was 3 years old.)


My husband is a very brave man who loves me very much.  I’m sure that he would run into a burning building to rescue me.  Or climb the highest mountain or even swim the deepest ocean for me, should that become necessary.  He would fight off the slimiest monsters.  Or, maybe not.  He doesn’t do real well with creepy crawlers.  Maybe that’s because of all those years he spent living in the jungle, Tarzanesque.  (He’s actually never said a word to me about being raised in the jungle, but I know he must have been.  Where else would he have learned his table manners?) 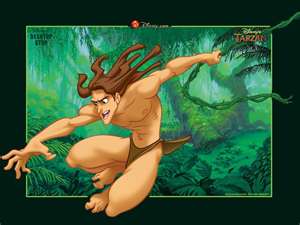 This brings us to the question, so what?  I’ve told you that we used to have a condo on Maui.  Many people, ourselves included, consider Maui to be a paradise on earth.  Unfortunately, many 4, 8 or even more-legged creatures share that opinion.   (There are no snakes in Hawaii, though--not even at the zoo.)  When a sugar cane field is burned at harvest time, it leaves a lot of homeless field mice who decide to bunk with you—just until they can find another apartment.  (I have to admit they were sort of cute when their little paws & noses would suddenly appear over the top of the drapes, like a tiny, furry Kilroy.)  He had no problem getting rid of those.  He would have ME bait & set a trap & when WE caught one, he would tell ONE OF OUR SONS to take it outside & throw it in the trash.   He WOULD kill cockroaches for me, though! 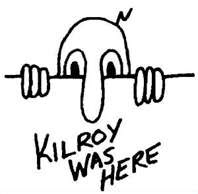 Bud was on Oahu studying to take the Hawaii Bar Exam when I flew over from Maui to visit him for a few days.  I left our kids with my sister-in-law & her 3 kids.  Right after I left, a nearby cane field was burned & in came our new “tenants”.  Nat didn’t have the heart to kill them—she cries at Walt Disney movies—so she had my boys trap them under a glass, take them outside & release them.  That didn’t work.  They came back in.  Where did she think they were before they came into our house the first time?

They're not much bigger than this:

Millipedes were another story.  This is the foolproof method he devised to get rid of those 6" intruders.  He would yell, "Fran!  There's a millipede on the ceiling!!"  They seemed to like to hang out (literally) right over our bed.  I would come running in with my stun gun (can of hairspray) & zap the uninvited guest.  If you keep pressing down on the lever until you've painted them white, they die & fall off the ceiling.  Then I would pick them up & dispose of them.

I have NO idea how they get
all those little shoes on!

We once stayed at a resort whose name I can't remember on an island I can't remember.  It may have been Kona Village, but I'm not sure.  It was in a beautiful lagoon & the "rooms" were individual one-room huts with grass thatched roofs.  There were only two ways of getting there--boat or plane.  Meals were served in the "longroom"--a dining hall.  Everyone was warm & friendly & it was very picturesque.  I loved it--until we went to bed.  It felt like there were thousands of 2" kamikaze pilots on maneuvers.  There was no insect spray in our hut so I went to the office to borrow some.  They said I shouldn't kill the insects--that they were our friends.  I told them I was all grown up & old enough to choose my own friends.  We didn't stay there for very long.

These invasions were not limited to the tropics.  We were in a beautiful old hotel--I think it was in Austria.  They had lovely sheer lace curtains & a fluffy feather comforter.  The only  thing they didn't have that I would have liked was window screens.  The bellman showed us to our room, turned on the lights & then I opened the window to air it out.  We went out to dinner almost immediately, leaving the room as it was.  When we came back the comforter & the curtains had a thick coating of insects.  I don't know where they came from--we didn't see any outside.  I don't remember, but I think they must have moved us to a different room.

I'm really not complaining.  Bud is every bit as brave as I need him to be.  He hired a service that sprays our home monthly for bugs!

This video doesn't really fit in with the "My Hero" theme, but I loved it & had to show it to you.  I bet there's not a live bug anywhere on the floor when they're through!!
How do you avoid infection from biting insects?  That's easy--don't bite them!----fishducky