We’ve always tried to teach our kids to love animals.  Live, not fried, although I have to admit we are not vegetarians.  (Rita Rudner, the comedienne, once said her husband came home & dinner wasn’t ready.  He told her he wanted a slice of dead animal on his plate & he wanted it NOW!)


I took my kids & some of my nephews & nieces whale watching for about 10 years. We’ve visited the Galapagos Islands.  We’ve been members & supporters of the Los Angeles Zoo for as long as I can remember.  I’ve never been on an African safari—one of the FEW things I’ve missed doing—but we went somewhere almost as good.  We went on a “Caravan Safari” at the San Diego Zoo.  A dozen or so people ride in the back of an open truck with slatted wood sides through an area where animals roam free.  There are no big cats or other predators but there ARE many elephants, rhinos, giraffes, antelopes, etc.—all of which you’re allowed to pet & feed.  (The guide advised us to be careful when feeding the rhinos.  They sometimes get a little pissy when you stop--& if it comes down to a fight between a rhino & a truck, the rhino usually wins.)  Feeding the giraffes was great.  They wrap their tongue around your hand, I suppose so as not to drop the food.  Picking it up off the ground could be a major problem for a giraffe.  Their tongues are 16”-20” long.  Yours is about 4”.  It’s a weird feeling to have your hand “tongue bandaged” like that. 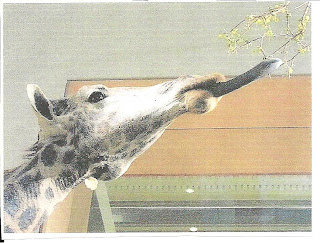 My daughter & her cousin were roommates in Italy for a while.  They decided to give up eating meat, which was no biggie for my daughter because she never cared much for it, anyway.  The reason I don’t think it was for humanitarian reasons is that they still ate fish.  When I asked them why fish was still in their diet, they said they didn’t want to give up anchovies on their pizza.

On one episode of the Mary Tyler Moore show, Mary goes to jail for contempt because she refused to reveal her source for a story.  One of her cellmates, a hooker, mentions a fur stole she has.  Shocked, Mary asked, “You wear dead animals around your neck?”  The hooker said, “Yeah!  I tried wearing live ones, but they scratch & bite!” 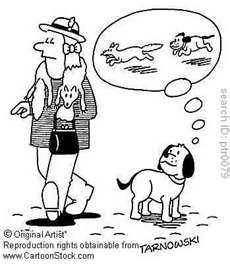 My daughter & son-in-law got a beautiful puppy, Fio—short for Fiorina, “Little Flower” in Italian.  When Fio was about 10 weeks old, my son came to visit.  He asked his sister why she got a puppy when they were so messy & caused so much extra work.  He sat down & put Fio on his lap.  She nuzzled his crotch non-stop.  He got a blissful look on his face & said, “Where can I get one of these?”


While I’m on the subject of animals, here are two celebrity quotes.  I inadvertently deleted the author of the first & I can't remember who it was, but the second comes from Ellen DeGeneres:

"I think animal testing is a terrible idea; they get nervous and give the wrong answers."

I saw this online.  As much as I like giraffes, I don’t think I’d want them as houseguests.

Dave Munson was on vacation with his family in Nairobi, Kenya. While they were having breakfast one morning, they found themselves with some unexpected visitors - giraffes took advantage of the open window to investigate the menu. (Courtesy Dave Munson/Saddleback Leather Co.) 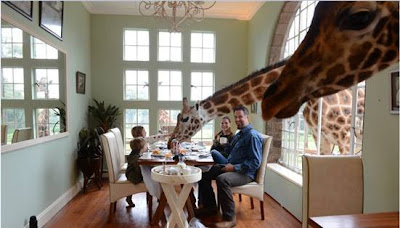