A cartoon for the people:

How's the weather where you are?

"I read somewhere that 77 per cent of all the mentally ill live
in poverty. Actually, I'm more intrigued by the 23 per cent who
are apparently doing quite well for themselves."
- Emo Philips

These paintings on hands are the work of Guido Daniele.  They fascinate me:

What artists do if given wire & household objects & too much time on their hands!:

You say tomato, I say tomahto.  You say potato, I say zombies 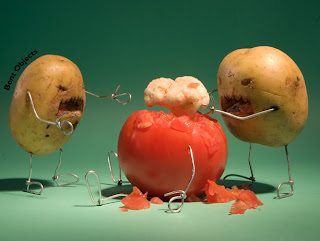 Zombies are nuts about brains--cannibals 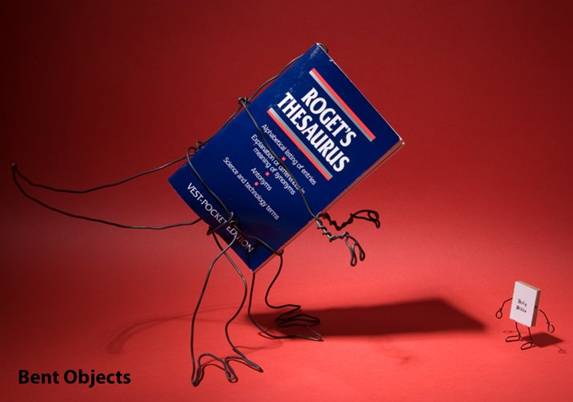 Going for a walk

Burning the candle at both ends 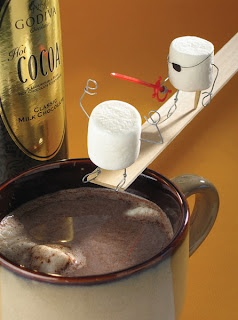 Maybe this will help next time you're pulled over for a ticket:

A police officer pulls a guy over for speeding and has the
following exchange:

Officer: May I see your driver's license?

Driver: I don't have one. I had it suspended when I got my 5th
DWI.

Officer: May I see the owner's card for this vehicle?

Officer: The car is stolen?

Driver: That's right. But come to think of it, I think I saw the
owner's card in the glove box when I was putting my gun in there.

Officer: There's a gun in the glove box?

Driver: Yes sir. That's where I put it after I shot and killed
the woman who owns this car and stuffed her in the trunk.

Hearing this, the officer immediately called his supervisor. The
car was quickly surrounded by police, and the supervisor
approached the driver to handle the tense situation:

SGT: Sir, can I see your license?

Driver: Sure. Here it is.

Driver: It's mine, officer. Here's the owner' card.

SGT: Could you slowly open your glove box so I can see if there's
a gun in it?

Sure enough, there was nothing in the glove box.

SGT: Would you mind opening your trunk? I was told you said
there's a body in it.

Trunk is opened; no body.

SGT: I don't understand it. The officer who stopped you said you
told him you didn't have a license, stole the car, had a gun in
the glove box, and that there was a dead body in the trunk.

I sometimes worry that I will miss putting something in my post, sort of like him.  I think I can quit worrying: 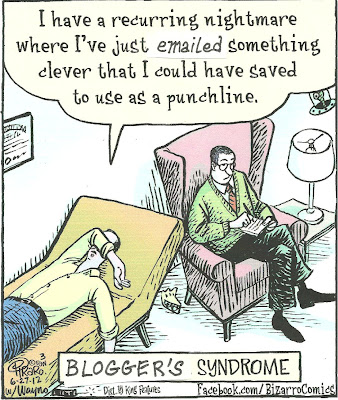 A chicken crossing the road is poultry in motion----fishducky