WHY PARENTS SHOULD NOT BE WAITERS

Once upon a time in the faraway land of New York, Prince Marty had a dinner date with a prospective princess.  Prince Marty had taken many prospective princesses out before, but this was their first date.  One of his greatest pleasures was playing volleyball—indeed, he had done so that very afternoon.  During the game he had received a Royal Owwie—he sprained his right index finger.  Brave soul that he was, he did NOT consult the Royal Physician.  He went back to the palace, cleaned up & took his date to the finest restaurant in the kingdom.  He ordered a steak, manly man that he was.  He put his injured finger on the knife to cut his steak, but when he applied pressure a pain shot through his finger & he said, “Oww!”  The concerned waiter asked what was wrong & the Prince told him about his accident.  The waiter asked if he could cut the steak for him & the Prince gratefully agreed.  The waiter proceeded to cut the meat into bite sized pieces.  When he got to the last piece, he reverted to being a father.  HE ATE IT!  Prince Marty looked at him in awe & asked if he’d like to join them for dinner.  He apologized, but refused the invitation.  After all, he was working at the moment!  (There was no real reason to write this as a fairy tale—it DID happen—I just thought it would make it a little more interesting.)

A friend of ours was going to law school at the same time as Bud.  He built up a route where he sold chicken & eggs directly to housewives, delivered to their door.  He would take orders by phone—OUR phone—weekly.  He often found himself overstocked with eggs, so as payment for the use of our telephone, he would give whatever extras he had to us.  (I can still hear his spiel in the back of my mind: “How was everything last week—as good as I promised?”) There’s a limit to the number of eggs two people can eat, so I made lemon meringue pies for ourselves & our friends.  I made quite a reputation for myself—many of those pies had a 12 egg meringue!! 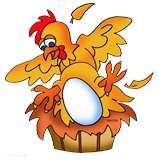 I wish I could claim this as my idea, but I have to admit that Rita Rudner, the comedienne, thought of it first.  She believes that all prospective bridegrooms should have their ears pierced before the wedding ceremony.  This single action would teach him two very important lessons in preparation for marriage.  The groom would learn how to endure pain--& to buy jewelry.  Works for me!!
Speaking of weddings, when my husband’s parents were about to celebrate their 50th anniversary, we had planned a big party in their honor.  We asked them, separately, if they wanted a rabbi there so they could renew their vows.  They each answered with a resounding “NO”!!
Our son, Matt, wanted to learn to play the trumpet when he was a little boy.  At first, he could make nothing but very weird, discordant noises.  It sounded like a dying moose.  One day, while he was practicing, one beautifully clear note came out.  My immediate reaction (& comment) was, “THE MOOSE LIVES!”  Everyone here knew exactly what I meant.

Matt (pictured above) just sent me this new tattoo
he got of me & his dad.  He obviously loves us very much: