How many of you can say your grandmother once posed nude for a calendar? Let’s see a show of hands.  Just as I thought—nobody but me!  Picture this:  Russia.  Around 1900.  Poor but beautiful young girl with blond, wavy hair down to her waist.  A photographer comes to her village & wants to put Bubby (Yiddish for grandmother, but she was “Bella”, not “Bubby”, at the time) on a calendar he was shooting.  She’s embarrassed but her family needs the money, so she agrees.  She is nude, but you can’t see anything.   Her hair is artistically draped over the “good” parts.  She was ashamed because this sort of thing wasn’t done by nice young ladies in those days, so she never kept a copy.  HOW I WISH I COULD HAVE SEEN IT!

When our oldest son, Matt, was first married he was the Assistant Travel Director for the San Francisco Giants baseball team.  He had to go to all the games, both home & away, & his new bride missed him when he was on a road trip.  His mind works like mine (I’m sorry, Matt) & he came up with a solution.  They should get a large dog, like a boxer.  He figured that the dog could lay on the couch & sleep, snore & drool--with one paw on the remote.  That way, she’d never know he was gone! 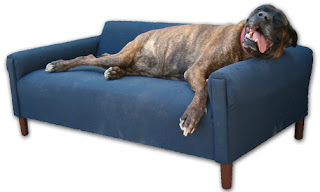 Speaking of grandparents (well, I WAS, earlier) my father-in-law used to be the leader of the house orchestra at the Saltair Hotel in Salt Lake City.  The hotel had a publicity photo made with his picture—handsome devil that he was, in his tux--& the words, “Ladies!  Get a free autographed picture of Phil F------!!”  Matt, who was about 10 or 12, was visiting his grandfather with a friend.  Phil showed the boys the picture & they said, “Big deal!  A free picture of Grandpa Phil!”  He smiled his devilish smile & said, “I wasn’t ALWAYS Grandpa Phil!”  He was quite the dude.  He liked to wear a grey pinstripe suit, white shirt with French cuffs, a silk tie--& RED socks.

I can’t leave out my mother-in-law, Audrey.  She was brilliant.  She graduated high school at 15, went to college & law school--& had to wait to take the bar exam because she wasn’t yet 21.  There weren’t very many openings for female attorneys in those days, so she decided to take the civil service exam so she could get a job as a court clerk.  The exam consisted of many, many questions—most of them having no bearing on her prospective job.  She was not prone to sarcasm, but I guess she had had enough when she got to the question: “If the distance from the earth to the moon is approximately 1,256,640,000 feet & a ball of string has 750 feet of string, how many balls of string would it take to reach from the earth to the moon?”  Her answer was “Balls & balls & balls--& that goes for the rest of your damn questions, too!!”  I guess she was right.  She got the job.

Bud was in the Army & stationed at Fort Ord when we were married.  I worked as a dental assistant on the post.  My boss was Dr. Joe Stewart, who was from Anniston, Alabama.  Languages & accents are fun for me.  I tend to “parrot” them without realizing it.  Bud told me that I was beginning to speak with a southern accent.    I told Dr. Stewart what Bud had said & he responded, “So what?   Why’s he complainin’?  Y’all talkin’ right fo’ the first time in yo’ life!”

I wasn’t planning on writing this much about Dr. Stewart, but I just remembered this:  Almost all of our patients were children.  Their parents could be with them while we worked if they wanted.  When he was about to start, he would usually say, “Open your mouth & let’s take a peek.”  USUALLY.  One time, however, with the mother there, he slipped.  What came out was, “Open your mouth & let’s take a LEAK.”  It broke the two of us up—mommy didn’t hear it.