My husband & I celebrated our 57th anniversary this year.  I feel that gives me the right to make a suggestion.  For some time now, I’ve felt that marriage licenses should be treated more like driver’s licenses.  You should either have the option to renew them every 5 years or so, or turn them back in—never to drive, or to be married, again.  I would PROBABLY have renewed mine, but as for Bud—who knows?  Let me give you some examples of why I say “probably”.

To get to our home from the freeway, we drive east on Santa Monica Blvd.  A few years ago, the city made Santa Monica a divided street.  Some business & street entrances (including our street) were then located off a service road.  There are two places to turn onto our service road & then onto our street.  It really makes no difference which turn you take.  Bud always takes the second (most easterly) one.  I told him I usually take the first turn.  He looked at me like he couldn’t believe it & said, “Well, that’s just WRONG!”  To this day, I have no idea why.
My mother belonged to an organization that raised money to help retarded children.  She was being installed as president at their annual “Lollipop Ball.”  It was held at a downtown hotel & our ticket package included free parking in a lot directly across the street.  Bud instead drove into the hotel’s parking lot, for which we would have to pay extra.  I reminded him that the lot across the street would be free.  He told me that he knew that, but he was too rich to walk across the street!  (Note: That was the day I stopped clipping coupons.  I’ve often felt that my husband & I live in two different worlds--& HIS is better!) 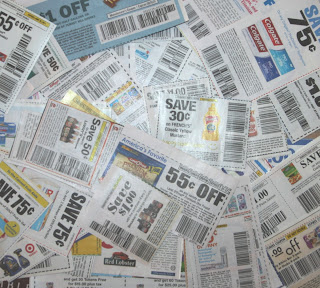 Bud used to talk in his sleep.  This can often be the cause of problems.  For instance, there was the night I was awakened by him talking loudly “on the phone”.  He said--& this is a direct quote, “He’s got as much chance of doing that as I have of screwing Elizabeth!”  I took a deep breath.  He continued his “conversation”, “That IS the name of the present queen of England, isn’t it?”  I remember another classic.  When I got into bed, he was sound asleep.  He put his arms around me & drew me close, cuddling me.  He murmured, “Take a letter…..”
His parents were married 64½ years when his mom passed away.  When people would ask what her secret was for such a long marriage, her answer was “inertia”.  It was easier to stay married than to do something about it.  Besides, who in their right mind would want to break in--& train--a new husband?
I realize I MAY not be perfect, either.  That’s why one of the cards I gave Bud on our anniversary said, “Let’s celebrate the day you gave up on finding anyone better than me!”
The foolish-- & forgiving-- fishducky
~~~~~~~~~~~~~~~~~~~~~~~~~~~~~~~~~~~~~~~~~~~~~~~~~~~~~~~~~~~~

In case you missed the synchronized swimming events at the Olympics, you can watch it here: