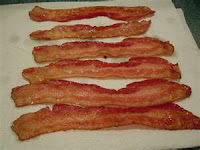 I’ve only been really drunk twice in my life.  The first time, Bud was driving the babysitter home while I was trying to navigate my way down our long hall to our bedroom.  I really appreciated that the hall was narrow, because when I tipped form side to side, I could put my hand against the wall for support so I wouldn't tip over.  (Do you suppose this is where the word “tipsy” comes from?)  The other time was when the office gave us a bon voyage party.  We were leaving on a vacation the next day.  Irene, one of the secretaries, was kind enough to come home with us.  I sat on the edge of the dresser while she packed for me.  They said I had a very good time at the party.
The only time one of my sons got smashed at a bar, he passed out.  His friends (?) took his wallet & put him in a cab.  They gave the driver instructions to go to God knows where.  When they got there, the driver woke him up & asked for his fare.  No wallet = no money = no fare.  The driver gave him another ride, free—to jail.  He learned never to drink that much again & also, I believe, to get new friends.  My other son got thoroughly soused (once) when he was a teenager.  He was a passenger in a car that was going probably 100 mph on the freeway & they rear-ended another car.  No injuries, thank heaven, but he also ended up in jail.  Jail is apparently a great teacher.
That reminds me, I tried pot once.  Didn’t like it.  It was a weird feeling.  I knew what was going on & I could understand everything that was said to me.  Moving my hands was another story.  My main problem, though, was that I had absolutely no memory of the last 30 seconds.  If you asked me a question, you’d just have to wait for an answer.
You realize, don’t, you that just because you have an inferiority complex doesn’t mean you AREN’T inferior?
My husband believes there are exactly three kinds of drivers on the road: idiots, maniacs & him.  If someone is in front of him & going too slowly, he’s an idiot, as in “Get out of the way, you idiot!”  Maniacs are the ones who cut you off to get into your freeway lane or speed past you at 500 miles per hour.  And then there’s him.
The genes for male pattern baldness are believed to be carried by the mother.  I guess that means that if your mother is bald, you probably will be, too!
I have been to, among other metropolises metropoli busy cities, Bangkok, Hong Kong, Tokyo, Singapore, New Orleans, Washington DC, London, Geneva, Rome & Paris.  I loved them all.  When I’m in New York, however, I feel like a hick.   I think it’s because there are so many tall buildings so close together you can’t see the sky unless you look straight up.  I get a sort of claustrophobic feeling.  We’re going there again next year when our granddaughter graduates from Georgetown.  (Does anyone else feel that way?)
Yesterday was my birthday.  I was born 78 years ago & I'm 36 years old.  Isn't life amazing?
I hope you enjoyed this trip into my mind.  Be careful, it’s dark in there, with lots of twists & turns.  You could easily get lost!----fishducky