Yes, I’ve fallen in love!  Not with my husband—that’s old news—but with a lady I’ve never met.  Janie Junebug introduced us via the net.  Her name is Jane Wagner.  She was a comedy writer for Lily Tomlin.  She has some quotes that I would love to steal & use as my own can totally identify with.  This lady comes close to qualifying as a fishducky.  Some examples:


“All my life I wanted to be somebody, but I see now I should have been more specific.”


“The trouble with the rat race is that even if you win, you’re still a rat.”


“I personally think we developed language because of our deep inner need to complain.”


“Delusions of grandeur make me feel a lot better about myself.”


We used to stay at a resort on Kauai called “Hananlei Bay”.  I think it’s now a “Sandals” or a “Club Med”.  The area is lovely—it’s where the movie “South Pacific” was filmed.  I saw the most beautiful sunset of my life there, & I am connoisseur of sunsets.  (We used to have a vacant lot behind our house, so we had a clear view.  Before dinner, I would lift my kids, one at a time, so that they could see the sunset through our over-their-heads, west facing kitchen window.)  This particular sunset had every gorgeous color I could hope to see—purples, oranges, greens, etc.  I was discussing it with the maître d’ & he agreed it had been striking, but not the best he had ever seen.  He said that had been in San Francisco—a 45 minute flight from my house.  I flew 5 ½ hours to get to Hawaii!  (It was still worth it!)


My car’s license plate was 1 DUCK (only fitting for the head duck in the state of California) before I got a handicapped plate.  One VERY stormy day I found myself behind a car with the plate MALLARD, which was moving erratically down the crowded, slippery boulevard.  I drove extra carefully.  I didn’t want to be on the news that night with the lead-in, “DUCK slams into MALLARD on wet streets!”


It is NEVER a good idea to lie to the IRS.  That’s why, for years, Bud has listed his occupation on their tax forms as “attorney” & mine as “domestic goddess”.  TRUE.  That’s the only line I’ve ever stolen—or probably ever will steal—from Roseanne Barr.  It fits me so well! 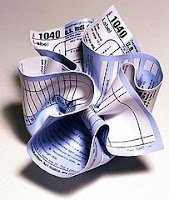 When my kids were teenagers, I took them & a half dozen or so of their cousins (also teenagers) out to lunch.  My husband suggested that I might want to ask my dad to go with us.  I told Bud no, & said that they were mostly from his (Bud’s) side of the family, & besides, they were another generation.  He said, “Honey, you’re another generation, too!”  I honestly hadn’t realized that.  They treated me like one of them, except, of course, when it came time to pay the check.

There were good & bad instructors in Bud’s law school, as there probably are in every school on earth.  One of the not so good ones was telling his students he liked to be subtle when he was teaching.  He said that some instructors “bounce the ball” right in front of their students, while some “hid the ball” behind their backs.  One student piped up, “Hell, you don’t even bring the ball to class!”  A “good teacher” story: One instructor gave a 10 or 15 minute description of a case & ended with, “Mr. Smith, why is that?”  The student, obviously stalling for time, asked him if he would repeat the question.  The instructor said, “Certainly. The question is, why is that?”

Only some of us (the old geezers & geezerettes) remember the days of live TV.  This would never be shown today—except on YouTube.  I was watching a commercial where the announcer was going to show how indestructible a watch was.  He laid it on a table & hit it (hard!) with a mallet.  Bad move.  It broke into a hundred pieces!  The cameraman & director must have been in shock—the camera stayed on the (now scattered all over the table) watch for several seconds.  You can’t get that kind of entertainment anymore! 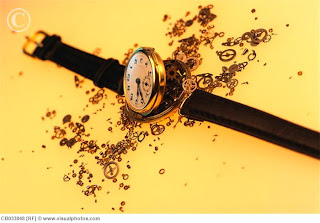 One of my friends keeps those little post-it notes all over his office to remind him to do things.  Of course, one of the notes tells him to look at the other notes.

This is one of the most beautifully filmed ads I've ever seen!
Be sure to watch it full screen if you can!!

Is your brain tired from jumping from subject to subject today?  How do you think I feel?  That’s the way my brain works ALL THE TIME!  Think of it as exercise----fishducky