PRESENTS ARE MY FAVORITE GIFT!

(My husband read this post & didn’t like it.   He said it sounded like I was blowing my own horn.  I told him that my readers--my friends--want to know what our life is like &, if anything, I was blowing HIS horn!)

I couldn’t stand being married to someone who was a miser—to whom I’d have to account for every penny I spent.  Don’t get me wrong.  Although we could afford it, I don’t shop at places like Neiman Marcus.  I don’t think my dad ever made more than $100.00 a week in his life.  I learned early that the first place to look for clothes was the bargain basement & it’s a hard habit to break.  Below is a picture of my husband, especially when it comes to others:

Some years ago, my husband gave me what I think is the ultimate gift.  We put a second story on our house so I could have an art studio!  Once, he surprised me with a new car (with the mandatory huge bow on top) when we were out with friends to celebrate my birthday.  I, of course, was so busy talking to everybody that I didn’t even notice it when the valets brought it up.

Although he’s very generous with me, he’s even more so when it comes to others, especially family.  When our parents celebrated their 50th anniversaries, we gave each set of parents a new car.  We were seeing a psychiatrist at the time.  We told him about the cars & that both my father & my father-in-law said we were crazy.  We asked him if he thought we were crazy.  He said, "Of course you're crazy!  Can I have a new car?"

We’ve taken our entire family (about 20-odd people—some odder than others--including a couple of secretaries) to Hawaii & on an Alaskan cruise.  We all went back to Hawaii this summer.  (Sorry, it’s too late to apply for a position as child, grandchild, nephew or niece.)  We’ve also given full length “mink” coats as gifts.  You can read about that here.

Our son was in college & was travelling on a road trip with the girls’ basketball team.  They were a tough bunch!!  We took them all to dinner at a Velvet Turtle Restaurant.  I wanted something nice for them & I asked Matt if this restaurant was fancy enough.  He told me it was just fine.  He said that the food there was MUCH better than the jail food they were used to.

Our daughter was completing a requirement as a language major at UCLA by attending school in Italy for a year.  We flew over to see her & took her entire dorm out for pizza.  I loved the thank you notes.  They were all food-based.  One that comes to mind is a mushroom card that said, “Thanks!  You are fungi’s!”  (Pronounce that “fun guys”.)

We were at a restaurant—I think it was in Austria—when we overheard a group of a half dozen 18 to 20 year old American girls discussing that they were running short of money.  We picked up their check & “adopted” them.  They hung around with us for a week or so & we exchanged Christmas cards with them for about 20 years.

Our friend, Bonnie, was getting remarried & invited us to the ceremony.  The invitation said no gifts, but I couldn’t resist.  We gave her a beautifully wrapped case of what is one of her favorite foods in the whole world.  I, personally, don’t share her taste, but this is what she got--& LOVED!! 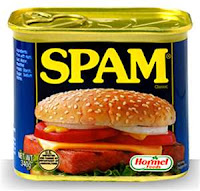 We no longer Christmas shop for our family.  I got tired of fighting my way through department store crowds to get that “perfect” gift, only to be told that it was the wrong size or asked if it came in another color.  Now everyone gets something personal—a personal check!  It’s never too small, although I’m sure they wouldn’t mind something larger.  It can be cashed for everyone’s favorite color—money green!  We do try to be inventive, though—one year we put them inside balloons, which we used to decorate the house.

Steven Wright does things a little differently.  Here's a quote from him:
"I bought my brother some gift-wrap for Christmas. I took it to the Gift Wrap Department and told them to wrap it, but in a different print so he would know when to stop unwrapping."

Here’s another gift story, but this time not about Bud.  My parents were married over 50 years.  They were married on August 23rd.  There were times when he really couldn’t afford it, but on the 23rd of EVERY month, my dad gave my mom a dozen yellow roses, which signify joy & happiness.  He said their entire married life was like a honeymoon.  When she died, he had a blanket of yellow roses placed over her coffin.  Later, when he passed away, we had his coffin covered with yellow roses, too.  It seemed appropriate.  I hope all of you are as happy together as they were. 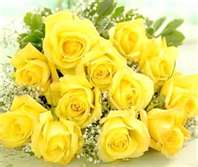 A cartoon for you:

In 1979, when I wrote this, it was meant to be a joke just for Bud because I was tired of getting Christmas newsletters that said my husband was just elected God or my child just turned 6 & he's already Phi Beta Kappa.  It's based on truth, as is most humor. Nameless WAS studying in Europe.  Matt WAS at Northridge & worked for a sewer drain company. The "chunnel" (the tunnel across the English Channel) had not yet been built--I don't know if it even been planned at the time.  Blake HAD just gotten his driver's license. General Motors was doing a lot better than they are now--this was before Japanese cars. We DID buy a treadmill--also, we DID have a dog, Pepi.  Bud liked it so much that we sent it out with our cards.  After receiving it, a friend told me that her husband asked how I could brag like that. I liked her simple explanation: "It's satire, stupid!"

Melynda just sent me this via email--I knew you'd love it:

How are you? How is Mrs. Claus? I hope everyone, from the reindeer to the elves, is fine. I have been a very good boy this year. I would like an X-Box 360 with Call of Duty IV and an iPhone 4 for Christmas. I hope you remember that come Christmas Day.

Thank you for you letter. Mrs. Claus, the reindeer and the elves are all fine and thank you for asking about them. Santa is a little worried all the time you spend playing video games and texting. Santa wouldn't want you to get fat. Since you have indeed been a good boy, I think I'll bring you something you can go outside and play with.

Seeing that I have fulfilled the Naughty vs. Nice contract, set by you, I might add, I feel confident that you can see your way clear to granting me what I have asked for. I certainly wouldn't want to turn this joyous season into one of litigation. Also, don't you think that a jibe at my weight coming from an overweight man who goes out once a year is a bit trite?

While I have acknowledged you have met the nice criteria, need I remind you that your Christmas list is a request and in no way is it a guarantee of services provided. Should you wish to pursue legal action, well, that is your right. Please know, however, that my attorneys have been on retainer ever since the Burgermeister Meisterburger incident and will be more than happy to take you on in open court. Additionally, the exercise I alluded to will not only improve your health, but also improve your social skills and potentially help clear up a complexion that looks like the bottom of the Burger King fry bin most days.

I told you what I want and I expect you to bring it. I was attempting to be polite about this but you brought my looks and my friends into this. Now you just be disrespecting me. I'm about to tweet my boys and were gonna be waiting for your fat ass and I'm taking my game console, my game, my phone, and whatever else I want. WHAT EVER I WANT, MAN!

Seriously??? You think a dude that breaks into every house in the world on one night and never gets caught sweats a skinny G-banger wannabe? He sees you when you're sleeping; He knows when you're awake. Sound familiar, genius? You know what kind of resources I have at my disposal. I got your shit wired, Jack. I go all around the world and see ways to hurt people that if I described them right now, you'd throw up your Totinos pizza roll all over the carpet of your mom's basement. You're not getting what you asked for, but I'm still stopping by your crib to stomp a mud hole in your ass and then walk it dry. Chew on that, Petunia.

Bring me whatever you see fit. I'll appreciate anything.

That's what I thought, you little bastard.

MERRY CHRISTMAS to all of you!!  This is the card we’re sending to all of our friends this year so, of course, you’re getting one, too. 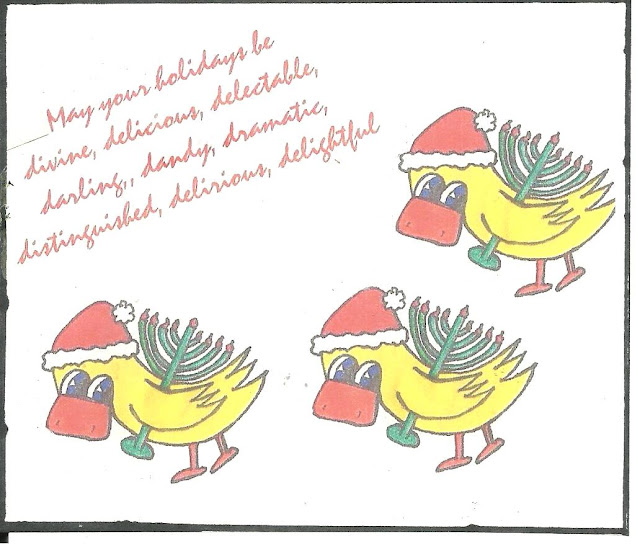 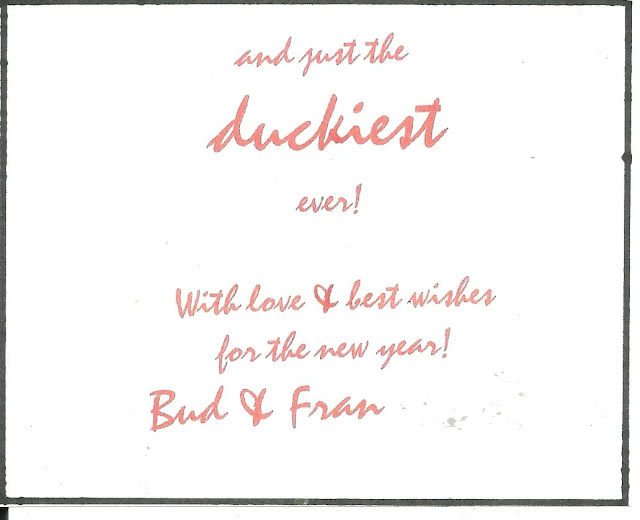 If you live in a warm climate & you'd like to have
a white Christmas at your house
click here!!

We used to have a poster which contained what I think is Bud’s motto.  It had a picture of a pig & it said, “Money is like muck.  No good unless you spread it around.”----fishducky