KEEP DIGGING! THERE'S A BRAIN IN THERE SOMEWHERE!!

My husband tried to take out a new insurance policy on me.  He was refused.  They claimed "weirdness" was a preexisting condition.

Our friend, Joe, was the president of a rather large organization.  He had to speak at all their meetings.  He was a little over 6' tall & usually had to raise the microphone before he spoke.  Once, though, he followed a speaker who was about 6'6" & he tried to lower the microphone to his level.  It got stuck!  After a few tries, he was successful.  He opened his talk with a line he had been saving for years: "That's the first time I ever had trouble getting it DOWN!"

Our son. Blake, was a hypochondriac as a kid.  Thank heaven, he grew out of it.  We used to think that if you changed the name & dates, this could have been his tombstone, although we have no need for one, yet:

When he was around 8 years old, he was acting up--running around me & driving me crazy.  I grabbed at him to make him stop & got his hand.  He claimed I hurt him but I couldn't see anything wrong.  He kept complaining so Bud took him to the ER.  When they came home, Blake had a splint on his little finger.  He looked at me & told me, with a very smug smile, "See?  I told you that you broke my finger!"  It's amazing what little it takes to make some kids happy!

While I think of it, some other funny tombstones:

I love this one: 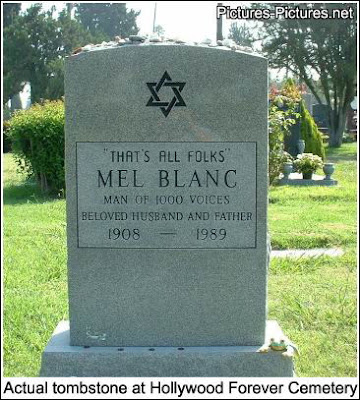 Our sweet daughter, Nameless, once told us, "I love you two so much that I'm going to live with you forever!"  That would have been adorable if she was 3 or 4 years old, but she was in her teens at the time!  She just said it to drive us nuts--& it worked!!

When our three kids were all under 10 years old, we took them & my sister-in-law's three (the same age as ours) on a trip to the Grand Canyon.  People would ask us if we were all one family.  The kids usually told them, "No, we left the little ones at home!"  I think it would have been funnier to tell them this:

A man boarded a plane with six kids.  After they got settled in their seats a woman sitting across the aisle from him leaned over to him and asked, "Are all of those kids yours ? "

He replied, " No, Ma'am, I work for a condom company. These are customer complaints. "

I make stained glass windows.  Here are some examples:

In our entry hall:

Over our daughter's front door:

The reason I mention it is that I once was a volunteer decorating the Rose Bowl floats.  That made me believe in karma.  The float I worked on was a replica of a Victorian style house.  They had me do the stained glass windows!  (Volunteer if you get the chance--it's a lot of work but also lots of fun!)

I once heard about a woman who was extremely proud of how beautifully her dog was trained.  He would never eat anything without being given permission to do so.  She was giving a cocktail party one evening & had set down a tray of canapes on a coffee table in the living room while she went to take a shower.  Her dog must have really liked them--he hadn't eaten any, but was busily licking the tops of all of them when she came back into the room!  (No, I don't know if she served them to her guests or not.)

This may be her dog discussing it with a friend:

This has nothing to do with today's post.
I just had to show it to you!
What would you do if a bear suddenly came out of nowhere?